Its about that time for us to check out the hottest music videos of 2016 that are both sexy looking AND sounding.

Sexy music videos are undoubtedly one of those things we all secretly can't get enough of. Whether its a gorgeous pop star strutting her stuff or a hunky singer showing off his swish dance moves, hot music videos are here to stay in 2016!

Check out the brand new 2017 version of the sexiest music videos of the year!

So, enough talk, let's get this list sorted shall we...

Fifth Harmony feat. Fetty Wap - 'All In My Head (Flex)'

We weren't sure the Fifth Harmony ladies would be able to match the roaring temperature they set with 'Work From Home' but then they debuted the bikini clad music video for 'All In My Head' and the music video world was never the same again.

Download 'All In My Head' by Fifth Harmony and Fetty Wap now.

Well this is just a given really isn't it. If a song called 'SEX' doesn't have a sexy video then we're all just going to be a little disappointed aren't we? Cheat Codes 2016 anthem fulfils it's promise.

Nathan Sykes - 'Give It Up'

Well what do we have here! This got extremely steamy VERY quickly didn't it. There you have it, G-Eazy and Nathan Sykes officially produce baby-making music.

Ariana has come back with one of her steamiest videos yet. Miss Grande is always good for a sexy video or two and her brand new 'Dangerous Woman' video is all the proof you need.

This video gives us intense Summer feels and the song itself has become the go-to track when it comes to basking in the heat. Chris Brown has teamed up with Benny Benassi, an Italian DJ ready to deliver you the freshest of beats.

Do we even need to write anything about this music video? All you really need is just one word...'RIHANNA!'

Luvbug - 'Best Is Yet To Come'

LuvBug have already had two huge chart hits and they've returned with an absolute scorcher of a music video with 'Best Is Yet To Come'. The best thing is...there is going to be a part two!

What do we have here?! Charlie Puth just leaped up around a thousand notches with this steamy music video! Not only is the video just a little too hot to handle, the song is probably one of the coolest we've heard in a LONG time...we're talking The Weeknd type of cool.

They might want to think about changing the name to 'Twerk' after seeing Riri's video for her 2016 comeback single. You can literally cut the sexual tension between Drake and Rihanna with a knife.

The QUEEN returned in 2016 with 'Formation' and life was just a little bit happier for everyone. Beyoncé still knows how to flaunt her dance moves and we're ready to sit back and watch her do her thing.

Nothing better than some cheesy 90s leotard clad gymnasts right? Hey, it might be quite a silly video but the honed and toned bodies dancing to a DJ Fresh track is always a win-win.

Selena Gomez - 'Hands To Myself'

Ok, it might have been released in 2015 but it only became available to everyone on YouTube in January 2016 so we've instantly added Selena Gomez' scorching hot 'Hands To Myself' to the list.

ZAYN and girlfriend at the time Gigi Hadid turned the heat up to max with his debut solo single 'PILLOWTALK'. To be honest, we're not sure there'll be a saucier video in 2016 any time soon.

Listen to the incredible moment ZAYN found out he was No.1 in the Vodafone Big Top 40

There is a LOT of oiled up dudes in Elle King's breakthrough music video for 'Ex's & Oh's'..so...umm...that's all we've got to say about that. 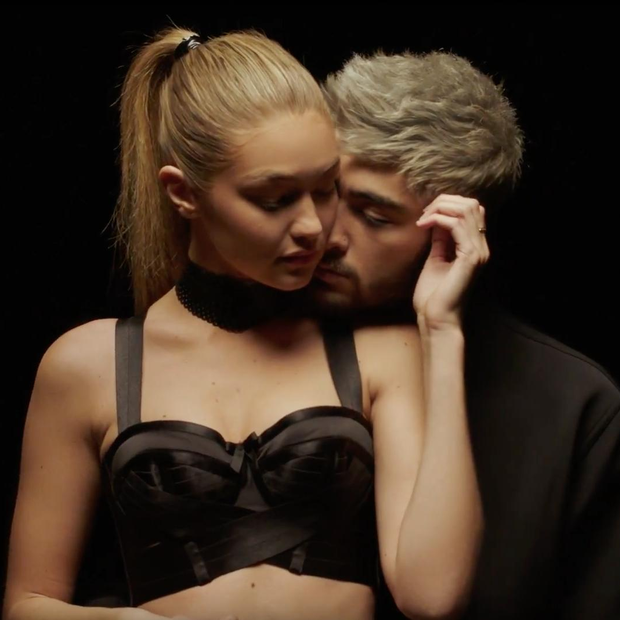