It is FINALLY Summer so what better way to celebrate than to click play, let loose a little and enjoy the best tracks around for those sunny days.

The time has come for this year's Vodafone Big Top 40 Summer playlist. We've collated ALL the biggest tunes from 2015 get down and party to in the sun.

Check out the 12 COOLEST songs of 2015 featuring The Weeknd & more. 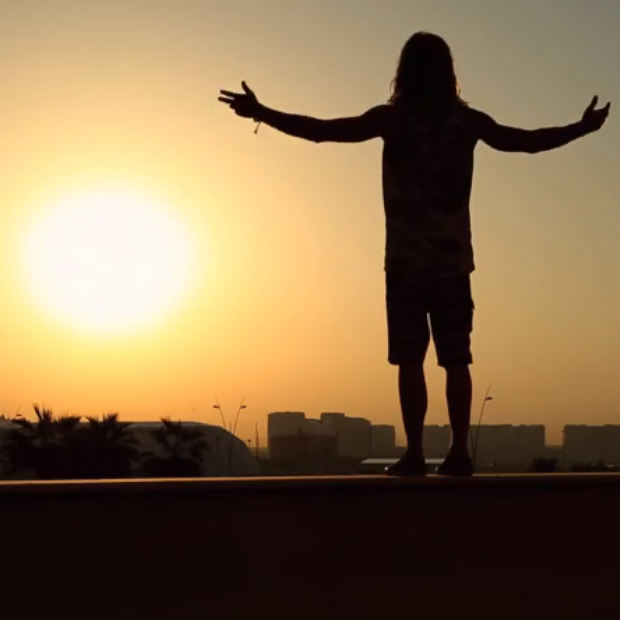 Let's have a look then shall we? We start it all with one of the most famous DJs around right now...

Apart from the fact that this music video would make even the laziest person in the world want to get out their seat and explore the planet, the song is genuinely one of the most uplifting tunes ever.

Whenever Sigma bring out a song you just know it's going to be an instant classic. However when you add Ella Henderson into the mix it's destined for greatness.

They bagged their first No.1 with 'King' early in 2015 and followed it up with one of the catchiest tracks you just can't help but sing along to whenever its on the radio.

We waiting a long time for this music video but when it was finally released our jaws dropped to the floor...now THAT is how you slay a perfect Summer song.

Warning: Watching this music video will make you either jealous or impulsively go out and by a convertible sports car.

Any song with a little Stevie Wonder mixed in will make our summer playlist. Did you know that Philip George was working at NEXT and a golfing shop before he released this wonder of a tune.

Time to mellow out guys. James Bay's breakthrough hit 'Hold Back The River' has been a constant fixture in the chart this year and for this we'll be forever thankful.

To be honest we could have chosen any of George Ezra's songs from 'Wanted On Voyage' however 'Barcelona' was just the perfect choice.

Time to get a little punky chart-fans. 5SOS surprised us all when they released this single out of nowhere in mid-July. However they debuted in the top ten and we're still loving it.

Jason Derulo's 'Want To Want Me' topped the Vodafone Big Top 40 for an entire MONTH so it was only fair to include this top Summer song in our countdown.

Sound of the Summer anyone? The Jamaican star dropped this peach of a tune in the UK and brought along a few thousand rays of sunshine with him in the process.

The indie-pop band from Ohio sure know how to write a hit song alright! 'Shut Up And Dance' came out of nowhere and we haven't stopped dancing to it since.

We all have bills we have to pay. But it took Lunchmoney Lewis' 'Bills' to make us actually feel good about it. Simply put this song on and boogie your problems away.

It wouldn't be right to have a Summer playlist without hearing Jennifer Hudson's funky vocals alongside Aussie rapper Iggy Azalea's signature lyrics. #TUNE