The last time David Guetta and Nicki Minaj brought us a music video it was..well..different. The pair collaborated on the 2012 hit 'Turn Me On' and we are still fascinated with the music video.

However their brand new music video for their Vodafone Big Top 40 top ten hit 'Hey Mama' has arrived and it is everything we wished it would be.

If you are a fan of the Mad Max movies then this video might just be right up your street!

When Guetta released the teaser for the music video, it was unsure whether Miss Minaj would features however all our fears were put to rest when the full video dropped.

The pair premiered their lyric video a long time ago and it's taken a while for the tune to get its own video.

The pop-art style lyric video is very similar to Guetta's last release 'What I Did For Love' featuring Emeli Sande. 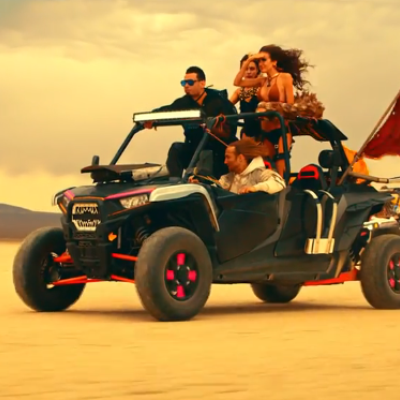