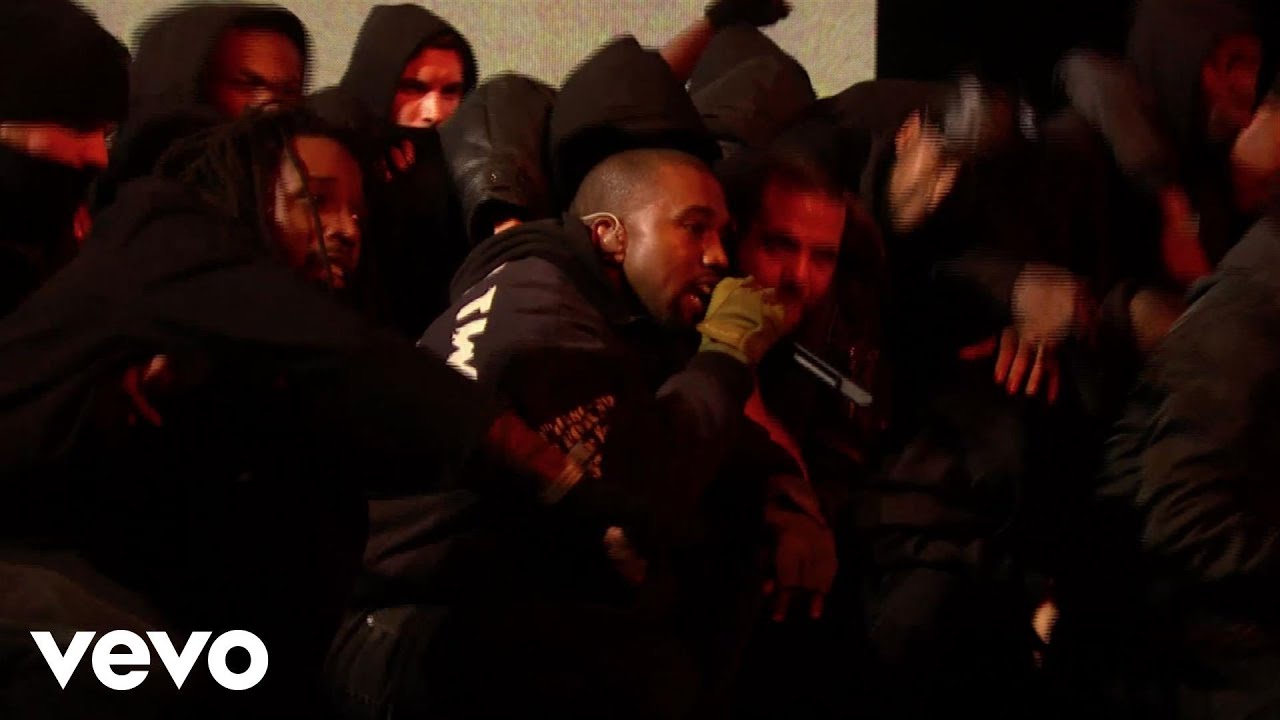 Album: So Help Me God

Kanye West has decided the official 'All Day' music video will be his 2015 BRITs performance.

I felt the Brits performance captured the energy of the record http://t.co/Mf6apCHYrd

Kanye West had previously premiered an alternative 'All Day' music video at The Louis Vuitton Foundation in Paris, France through an exclusive screening amid Paris Fashion Week 2015.

Have a little watch and let us know what you think.

The 2015 BRIT awards will be remembered for a few things this year and Kanye West's performance of 'All Day' is most definitely one of them.

With a crew of around forty people on stage with him, Yeezy took over the O2 Arena with a slightly unorthodox flame thrower wielding performance.

What we didn't get to hear during the live performance was the extremely twee acoustic guitar outro featured on the track. Give it a little listen and let us know what you think of it.