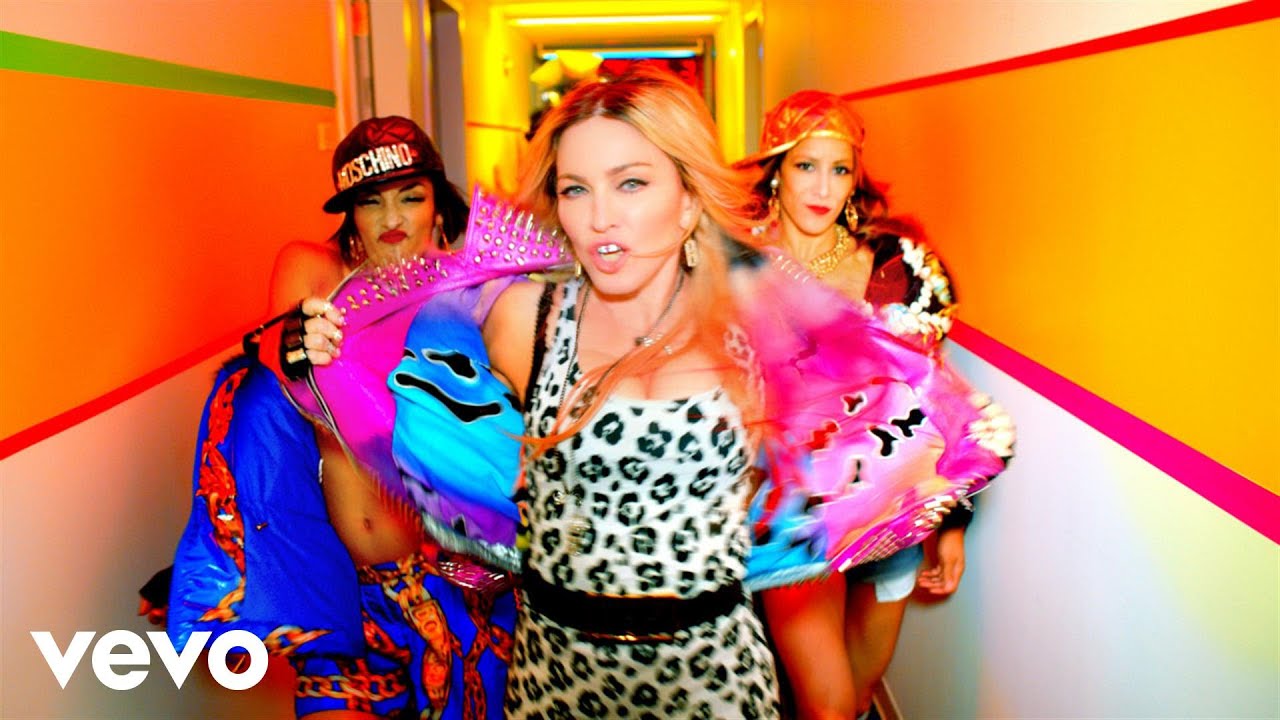 It looks like we ALL have to take out hats off to the one and only TRUE Queen of Pop. Madonna has outdone even herself with this star studded music video for her latest single 'B***h I'm Madonna'.

Rita Ora, Kanye West, Miley Cyrus, Beyonce and even Chris Rock all take turns for their separate cameos throughout the music video.

The song itself features a verse from Nicki Minaj. Madonna recently spoke about the Minaj collaboration with Rolling Stone magazine:

'Whenever we work together she always sits with me and listens to the song, and says "tell me what this song is about to you." She's very methodical in her thinking. We talk about it, she writes down words that I say describing what the song's about and the sentiment that I'd like her to get out there, and then she goes away and she works on it. She writes it, she comes back. She does a version of it, we talk about it. It's a back and forth until she gets it right. It's a total collaboration'.

Watch behind the scenes of the crazy music video too below.