So when Taylor Swift dropped the initial photo of Catastrophe, our minds went into overload mode. Now that the video is officially here, our brains have had a full blown meltdown.

Ok everyone. Meet Catastrophe. If the lyrics are anything to go by then we expect her to be pretty damn fearless:

Ed Sheeran is a HUGE fan of the song. In a phone call to Marvin and Kat, the flame haired wonder revealed his favourite tracks from Taylor's '1989' album.

The movie-esque poster's tag line reads 'band aids don't fix bullet holes'. A slogan Taylor also used in the lead up to the release of her record breaking album via her Instagram page.

Everyone got VERY excited months before the video when pictures of Cara Delevingne on the set were leaked. 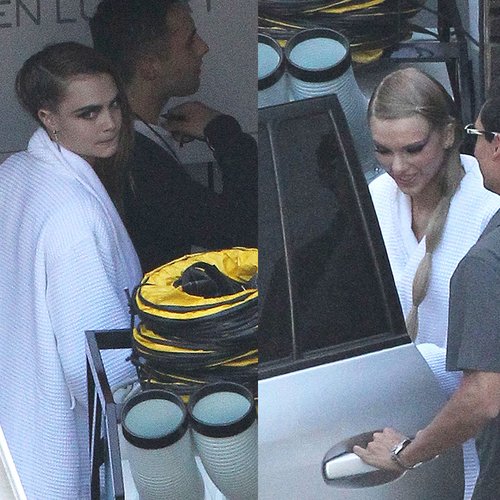 Also…whilst we are chatting about the video…how did we miss the caption that went with Taylor's BBF Abigail's Instagram post? It says Catastrophie…right there!