Taylor Swift has released a snippet of her track 'Welcome To New York' on her official YouTube page. The 'Shake It Off' singer had previously tweeted a cryptic message for her fans revealing the release date for her next single.

It is only 8 days until the release of Taylor's album '1989' . The lead single 'Shake It Off' has been in the top ten of the Vodafone Big Top 40 chart for 9 weeks now! 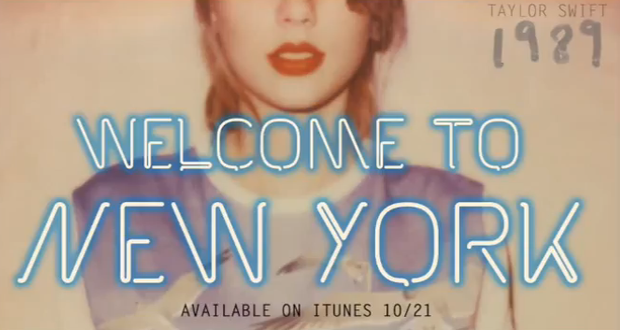