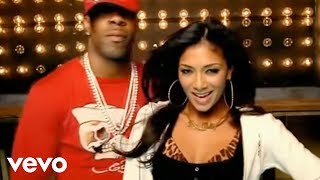 Undoubtedly one of the HOTTEST girl bands of all time, this year The Pussycat Dolls' 'Don't Cha' turns 11 years old.

Back in 2005, the world were introduced to a new breed of girl band. The Pussycat Dolls had actually been around for almost TEN years before they found worldwide fame with 'Don't Cha'. It was only until they recruited members Nicole Scherzinger and Melody Thornton that the group started to take off internationally.

The song was originally written for Tori Alamaze, a former backing vocalist for the hip hop duo OutKast.

Tori gave up her rights to the song after leaving the label she released it on and thus it was back up for grabs once again. It didn't take long for the song to end up in the hands of The Pussycat Dolls and the rest is history.

Talking about the music video, Scherzinger said, 'Busta Rhymes is pretty phat, man. He is so much fun. He's so humble and he just makes you feel good. When you're around him, you feel magical. The lyrics are, 'Don't cha wish your girlfriend was hot like me.'... But if you see the video, it's all about being who you are, having fun and being confident — and feeling hot. It's not so much about looking hot ... although looking hot is important.'

The song was even parodied by Weird Al Yankovic.