He's best friends with Iron Man and co, can shoot any moving target with ease…and he has a killer voice!

Oh yes, Jeremy Renner is not only one of the best looking superheroes, he's got some singing flair too! Whilst promoting the brand new Marvel movie 'Avengers: Age Of Ultron' Renner stopped by Jimmy Fallon's 'The Tonight Show' to showcase his hidden talent.

Luckily for us he chose a former Vodafone Big Top 40 No.1 single to charm the audience.

Ed Sheeran's 'Thinking Out Loud' spent a HUGE 40 weeks in the chart since it was released!

So what do you think of Hawkeye's singing? Should he bring out a greatest hits compilation? 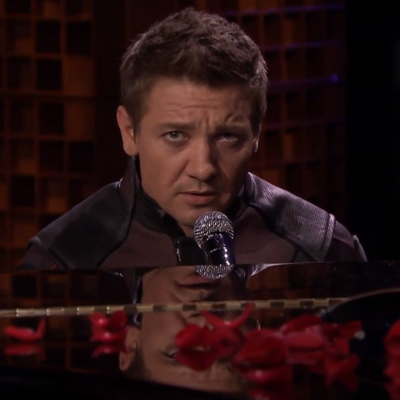