Ed Sheeran guest starred in U.S comedy 'Undateable' and it was ADORABLE.

Because Ed Sheeran literally can't do anything wrong at the moment, he braved singing in front of an audience of millions on a special LIVE version of U.S hit comedy 'Undateable'.

Performing 'Thinking Out Loud' in the show's local bar, Ed hits each note perfectly. However his singing isn't enough to impress bar owner Justin (Brent Morin) who kicks Sheeran out of the joint unaware of who he is.

Before Sheeran leaves, he threatens to teach Justin's sister "how to butter a crumpet", ha! 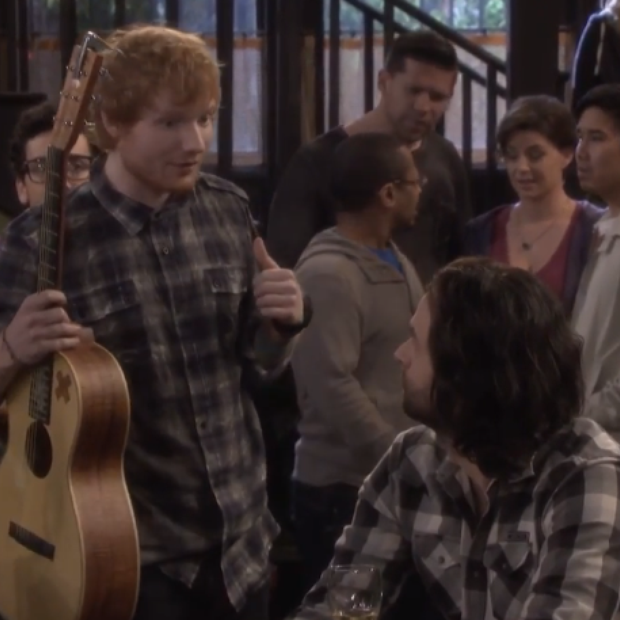