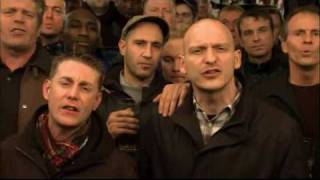 These football fans certainly know how to sing a tune don't they.

Another round of Premiership fixtures are nearly upon us but of course more importantly it's the weekend of love with Valentines falling on a Sunday this year. A sportswear company released this video of a few football fans singing Savage Garden's 'Truly, Madly, Deeply' and it's pretty special.

The Australian band released the song back in 1997 and took on a life of it's own as one of the biggest tracks of the year.