George Ezra: Blame It on Me (w/ James Corden)

James Corden is literally on fire at the moment. He's carpool karaoke'd with Mariah and J-Hud and now he's hanging with acoustic maestro George Ezra.

James Corden is slowly doing the rounds with the stars of the Vodafone Big Top 40 and this time around it's with George Ezra.

With the young guitarist due to appear on his late night show, James couldn't help himself but interfere in a little backstage jam. To be honest, we are pretty impressed with the host's vocals, maybe we'll see the man himself climbing the chart very soon? 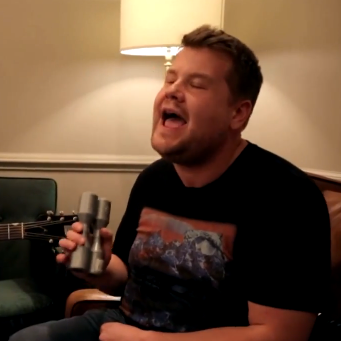 Check out the official music video for George Ezra's 'Blame It On Me' below.