Marvin Humes was re-united with his JLS bandmate and good friend Aston Merrygold in the Vodafone Big Top 40 studio.

Oh yes! The day has finally arrived chart-fans. For all of your JLS fans, it's about to be your lucky day. Promoting his brand new funky tune 'Get Stupid', Aston dropped by to have a quick chat with Marvin & Kat and the result was everything we hoped it would be.

Speaking about what he's been up to since those days, Aston declared he's been 'locked in a studio, writing songs and trying to become a solo artist'. Well...we definitely think he's achieved that! 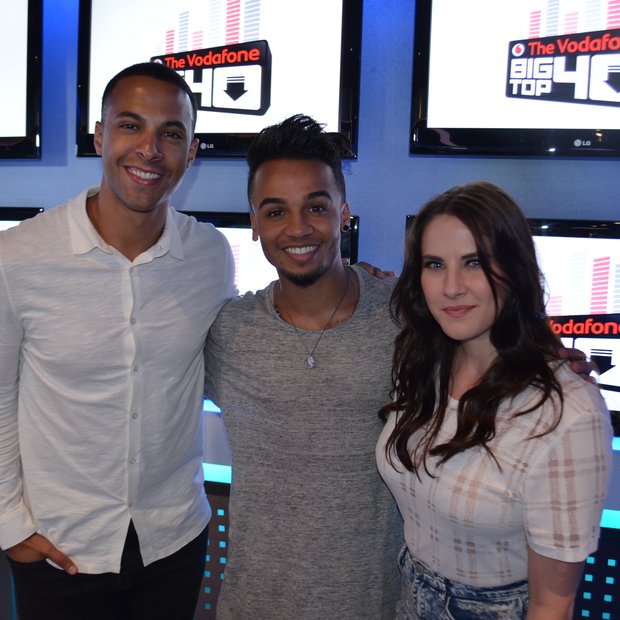