The 'Californication' legends have finally got in the car with James Corden and made our rock dreams come true.

He's had the likes of Justin Bieber, Adele AND broadway superstar Lin-Manuel Miranda however he has now gone one better in the most extreme of ways with the Red Hot Chili Peppers.

Not content with just the singer Anthony, he crammed Flea, Chad and new-guy Josh into his car for one of the most special carpool karaokes we have ever seen. 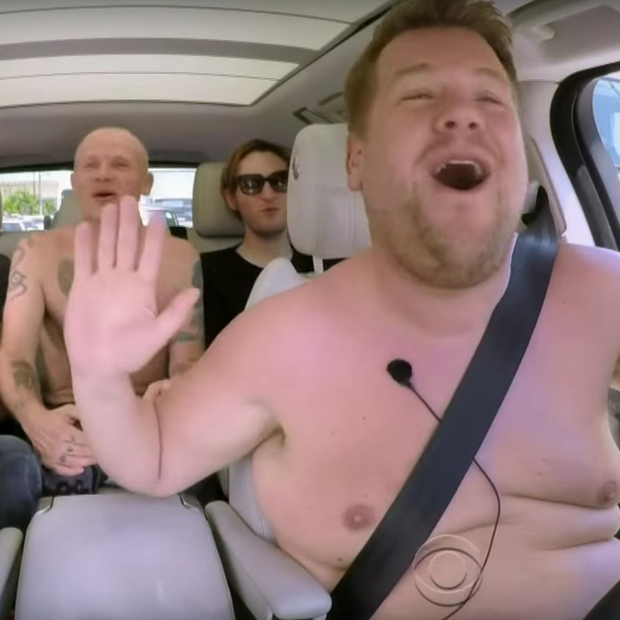