It's been a BUSY few days for the Bajan singer after she released her surprise song 'B*tch Better Have My Money' last Thursday. Whilst the explicit track racked up it's first appearance in the Vodafone Big Top 40, she was busy performing it live on the other side of the pond.

Stepping out of a full size helicopter, Rihanna donned a pair of thigh high green boots with a matching fur coat and killer sunglasses. 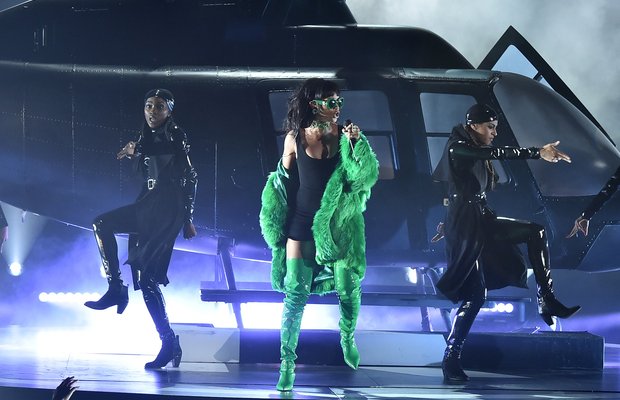 The 12 things we learnt from watching the 'FourFiveSeconds' music video from Rihanna.

Will 'B*tch Better Have My Money' climb even further up the chart by next Sunday? Remember it is up to YOU to decide. Download it now to give Riri a chance of grabbing her first No.1 of 2015.