Niall Horan has said he'd like to join Louis Tomlinson on the latest series of The X Factor.

Louis is one of the new judges on the show, alongside Robbie Williams and Ayda Field, which returns to ITV later this year.

In a Q&A on Niall's Instagram Story, the Irish singer said he'd be up for teaming up with his One Direction bandmate again.

-->Niall was asked by a fan: "Would you like to join/visit Louis in the Xfactor?"

He replied: "Of course. Can’t wait to go down and see him in action." 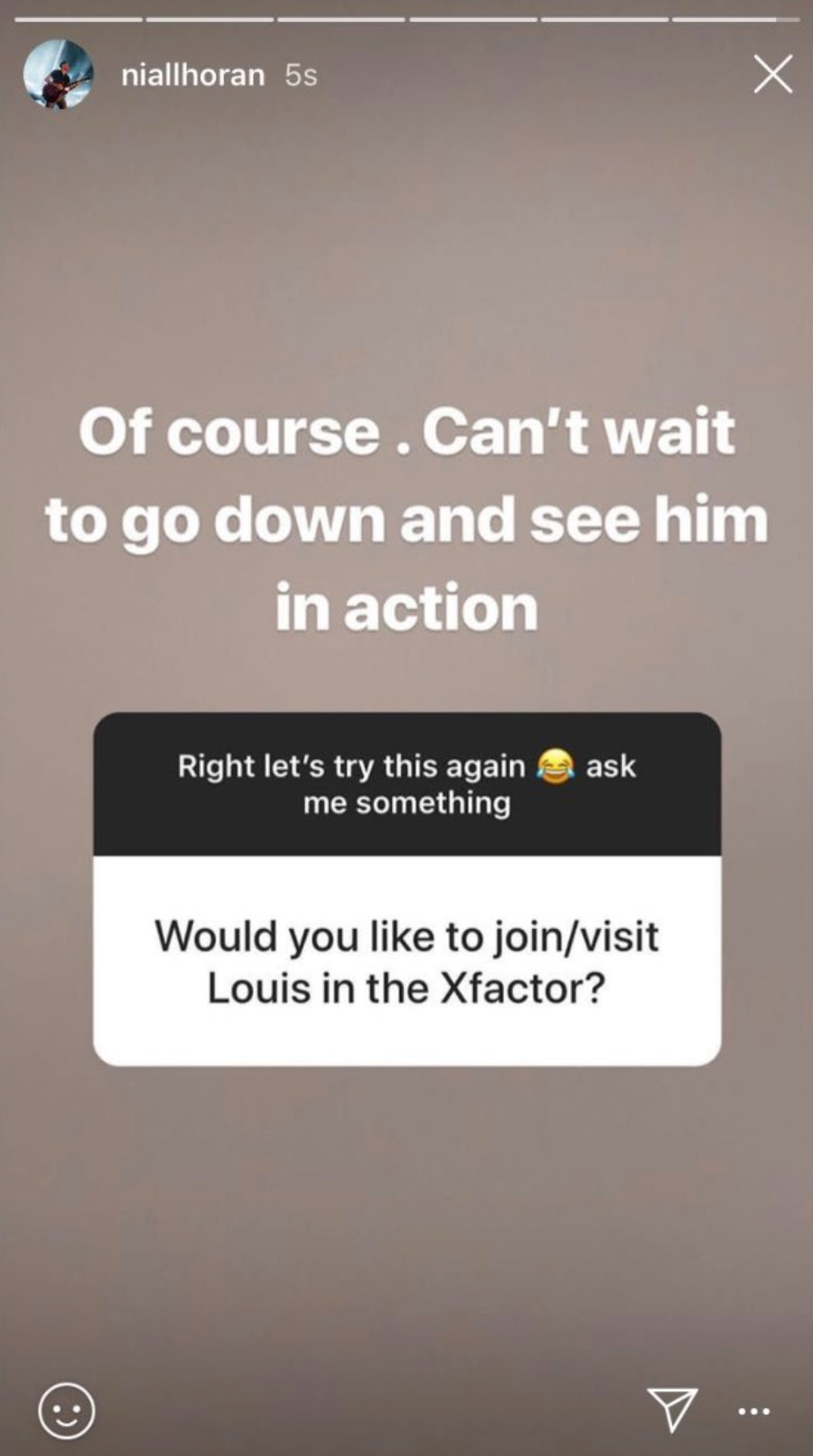 Could Niall be Louis' special guest when it comes around to Judge's Houses? Louis was a guest judge himself in a previous series, appearing alongside the show's creator Simon Cowell.

Either way, Niall appears to have confirmed he'll definitely be heading down to The X Factor at some point this year to cheer Louis on - and we bet he'll be rooting for whichever category Louis ends up mentoring!