Policeman Caught Singing 'Shake It Off' By Dashboard Camera 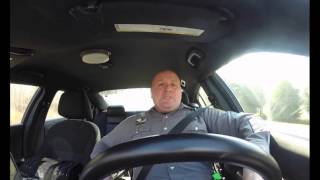 Even the police can't stop shaking it off as a policeman has been caught singing Taylor Swift's smash hit whilst on patrol.

Taylor Swift is undoubtedly one the biggest stars in the world right now. If any more proof is needed then having a policeman throwing some serious shapes whilst cruising on patrol should be sufficient enough.

It seems as though Taylor herself approves after tweeting about the video:

Here are a few other lip-sync videos we can't stop watching.